Last night I performed with my band ReedMaxfield at the Star in Guildford as the opening act for the brilliant Pete Fij and Terry Bickers. Both Pete and Terry have some legendary credentials on the UK Indie scene, having both been signed to the iconic Creation label in the 90s (Pete in Adorable / Polak, and Terry in House of Love / Levitation). Pete and Terry are now making a name for themselves together with their beautiful, bittersweet acoustic music, and are gigging to 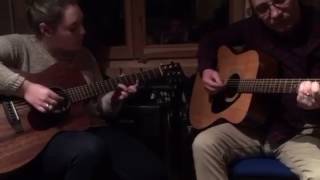